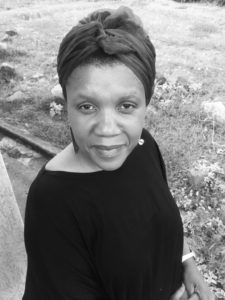 Once there was Kgudu (tortoise) and Leebana (dove). The former had been living a good life, admired for its mysticism. One day, a plague fell on the land and things changed. Kgudu began to starve and subsequently left its place to look for something to eat. Each day got harder as people were not used to seeing Kgudu and their manner of being was seen as strange, although admired. One day, Leebana took notice and offered Kgudu an alternative. They would fly together over the river to the land of possibilities. “Even if the river snake were to appear, you must not fear anything,” said Leebana, handing the other end of the stick to Kgudu, as it bit with courage. While in the middle of the crossing, the river snake appeared and asked; “Kgudu, I never knew that you could fly” and Kgudu held on to the stick, ignoring the river snake. As they approached the far bank, the river snake laughed sarcastically “surely you can’t fly, how is that possible? and this time Kgudu replied angrily “well, you were wrong” and Kgudu fell down into the river.

ASSITEJ South Africa recently interacted with the ASSITEJ international community in Japan, thanks to the technological support of the National Arts Festival (NAF) in Makhanda as well as Performing Dialogue in the United Kingdom. Apart from the vigorous research engagements, the organization’s leadership changes, as well as sterling performances on-the ground and online, this interaction ushered in interesting stories of art making by, for and with children and young people amidst covid-19 challenges.

My heart was particularly drawn to stories of government’s support to artists around the world, and I remembered that the South African government had thought about artists by appointing the National Arts Council (NAC) as a disbursement body for the R300 million Presidential Employment Stimulus Programme (PESP), meant for the creation of employment and the support of artistic endeavors for all the creative and cultural industry. However, through its weekly update meetings, NAC pledged that by the 31 March, they would have paid all the monies to applicants, but on that same day, Minister Nathi Mthethwa retweeted an Update on Presidential Employment Stimulus Programme that  said that “sixty (60) PESP beneficiaries were paid a total of R14,259,359, which created 1 791 jobs. To date a total of R98,903,133.60 has been disbursed to 699 beneficiaries”. This belies that original promise.

Having followed the events since 1 March, when Sibongile Mngoma and other artists at the NAC instituted a sit-in followed by various protest activations by artists as well as weekly NAC zoom update meetings including artists’ meeting with the Minister about NAC PESP, it has become apparent that there was a blind spot from DSAC and NAC as to the enormity of the challenge regarding PESP, as well as the opportunities presented to envision a future fit for all artists. On 2 April the Minister again tweeted on behalf of DSAC; “we wish you and your loved ones a happy and blessed Easter. While we rejoice and give thanks for the sacrifices for us, let us also reflect on how we can collaborate to pursue a better life for all”.

The story of Kgudu and Leebana came to mind and I wondered about the river snake… I chose not to dwell on the silence of those who consume the arts, as well as other ‘celebrities’ and ‘influencers,’ because it is too loud. Ben Okri suggests that “rejection is easy: All it takes is confusion and ignorance, but facing the complexity of others, their history, their raw humanity, that takes courage and it’s rare”.

With regards to leadership, history teaches us about various possibilities such as redeployment, reshuffling, rethinking and restrategizing in an endeavor to cross over to the land of possibilities.

In 2021, ASSITEJ SA will host the Cradle of Creativity conference and festival in Johannesburg. Vigorous new research engagements, as well as sterling performances on the ground and on-line, will be shared there.

In the meantime, perhaps we take a lesson from Kgudu; keep biting the stick. We are about to cross!