National Arts Festival was a blast! 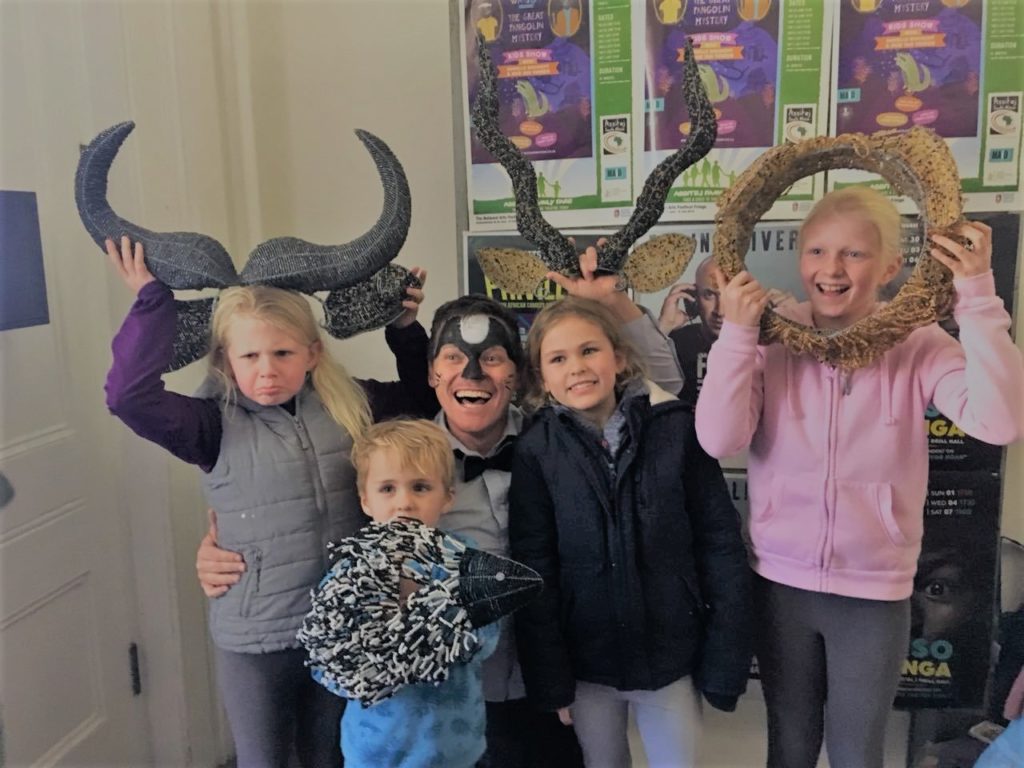 From the 28th of June to the 8th of July Assitej SA participated in the National Arts Festival in Grahamstown.  We had 8 shows on our platform given by various artists from different theatre organisations that form a part of our network.  Many of the shows were educational in very fun and engaging ways bringing together all kinds of audiences, young and old.

Galela is story about learners taking charge of a horrible water situation that has recently become a problem in their area and coming up with creative ways to fight this challenge on behalf of their community of Kwa-Sedibeng.  Thembela Madliki, the director, says “it is an inspirational tale, because it is not necessarily that the kids are going to solve these issues, but it is about these kids who actually believe that they can do something and that they can affect change.  And if they don’t succeed, someone else can but they can inject a new faith where their parents are demotivated to change the world”.

Taking Flight was a show based on the story of Roald Dahl as a young boy.  He and his friends go through many adventures, from getting back at Mrs Pratchett by putting a dead mouse in one of her candy jars to having to go to a new school, making new friends and meeting his favourite teacher.  A magical story told in physical theatre style with wit, humour and colour.

Florence and Watson and the sugarbush mouse is a show that caters for 2 – 6 year old audiences, but was enjoyed by all age groups who came to watch.  In this story, the striped mouse and her friends set off to rescue their friend.  Danielle Bischoff and Rob van Vuuren came with a show filled with humour, beautiful yet simple costume and set and lots and lots of wonder.

In the story Cloud Catcher, a smart, but very unfocused day-dreamer by the name of Emily-Jade, gets the brilliant idea to help stop Day Zero.  She does this by building a flying machine that could also catch clouds in order to end the drought in her country.  Multimedia has also been included in the story to enhance the imagery in the story.  Clever and funny while very educational and giving strong messages of empowerment.

Emathongeni, by Amandla Dança Teatro ZA, is a story written in Setswana about a girl named, Nomathongo who has been given special powers by Yoruba gods and African ancestors, who comes across many challenges along the way.  And, in the end, coming out a stronger girl from it all.  “We wanted to make kids aware of other African beliefs.  How are different, but also the same.  Though the whole story is in Setswana, many of the songs come from various languages of the different cultures in West Africa” said Mkhululi Mabija, the director of the show.

The play was well received and was awarded the Standard Bank Standing Ovation Award at the festival this year that was given to them a day after their first show.

Dream, written by and starring Amanda Valela, Mncedisi Ncedani, Stuart Palmer from Plettenburg bay, is a touching story about child abduction.  Lukho’s sister goes missing and his mother decides to lock him up in the house for his own safety.  In this time, Lukho gets a series of dreams about his sister that could possibly locate her and her abductors.  A powerful story written in honour of all the children who go missing in South Africa and encourages awareness around to issue to make our country a safer place for the small people.

A wonderfully put together one-woman show was You Suck.  A play about a girl telling directly engaging with the audience and telling them about the ups and downs of teenagehood and being yourself.  Though some moments in the play were quite shocking to older audiences, the honesty pierced through and broke down any kind of walls that the audience may have built around certain topics.  It was entertaining, shocking at times and 100% authentic to South African and teenage culture.

My silence is talkative, by the Hillbrow Theatre Project, that addresses the threat that comes to people living with Albinism across Africa.  Mphilo, a teenager born with the condition, grows up having to grapple with the beliefs and prejudices that come with the way that she is born. The use of performers’ bodies are what give structure to the story without the use of set, making it very creative and interesting to watch throughout.

ASSITEJ also had a one hour event on Saturday the 30th of June inviting artists to come and hear more about the work that the organisation is involved in and to spread awareness about the Cradle of Creativity project that is soon to happen in 2020.

As a whole, the festival was buzzing with creativity, activity and all kinds of artistic entertainment for audiences from all over South Africa.  It was a joy to be, yet again, part of the biggest showcase of South African talent and the stories we still have to tell.