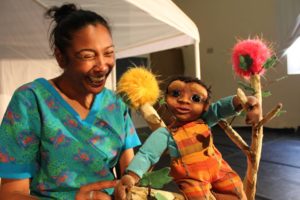 As part of the ASSITEJ SA  National Tour, Pillow Fort Theatre’s ‘Just Here’ spent a week in Limpopo (October 30th-04th November) performing to seven creches, and working with artists to inspire an approach to making work for very young children.

The show ‘ Just Here’ aimed at 1-4 year old’s travelled to creches in the Polokwane area, including  Blessings Haven, Prenora Primary School, Mother Goose Day Care and Kgokagano Productions. Most of the creches had never been exposed to theatre for such young children and were amazed by how the little ones engaged with the show.

These workshops included exploration of paper body puppetry, physical theatre, improvisation and crafting theatre work for very young audiences. The starting point was the sharing of indigenous, African and international stories which the participants then owned by translating into their home languages. The group were then encouraged to perform the stories without using any verbal language. After further exploration of object manipulation and using their bodies to shape narratives, the group returned to these stories later in the week to shape pieces of theatre for young audiences. 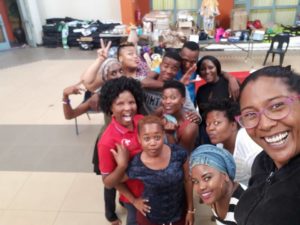 The participants found the workshop invaluable and are very excited to develop their pieces and tour extensively to creches in Limpopo.The highlights were the creation of puppets and the physical theatre exploration, as well as the warm up games. One participant Hellen Shokong from Thoughts of Mind speaks about her experience ‘ I learnt a lot from it and I would like to continue with creating theatre for children, as well as finding out more information from ASSITEJ and Pillow Fort Theatre.’

Our Limpopo ASSITEJ  SA representative, Keitumetse Tlokana comments,’ All of the crèches have never had a performance like this and four have never been exposed to any type of theatre thus there’s a niche and plenty opportunities for children’s theatre in Limpopo.  Some of the artists have spoken about making collaborations and taking their shows to crèches and preschools as soon as the new year begins. Crèches want more performances, artists are eager to work. So our artists will work towards fulfilling the needs of the crèches.’ 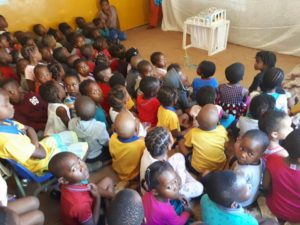 This project, which seeks to build on the momentum created by Cradle of Creativity, hopes to initiate early years work in three provinces before the end of the year. The model involves artists seeing a professional performance for early years with its intended audience, and then working on a variety of tools which can be used to develop their own ideas for making work for this age group. Each provincial intervention is a week long, and artists who develop interesting ideas will then be supported to take these ideas to the next level. The project, which is part of From Cradle to Stage, is made possible through the support of RMB, who has identified Cradle of Creativity as a catalyst for growing work for young audiences across the country.